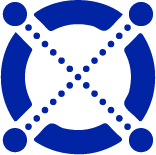 Elrond is a high-throughput public blockchain focused on providing security, efficiency, scalability, and interoperability by employing two key elements: Adaptive State Sharding and a new Secure Proof of Stake (“SPoS”) consensus mechanism. Elrond is a complete redesign of blockchain architecture with the aim to achieve global scalability and near instant transaction speed.

How is Elrond different?

The Elrond network is the first to present a viable solution where all the three aspects of sharding - state, network and transactions - have been implemented at once. Combined with its “Adaptive” component, this novel architecture allows for dynamic network configuration to maintain a high level of security while scaling with demand.

In addition to scaling through sharding, Elrond also approaches the consensus problem with a mechanism called Secure Proof of Stake, which mitigates potential attack vectors when compared to Proof of Work, while also enabling large throughput and fast execution.

By solving some of the hardest consensus and sharding problems in the blockchain space, Elrond is able to provide a very high level of performance on a network made of inexpensive computers, which results in a very low cost per transaction. In addition to performance and cost, Elrond also stands out through the quality of the developer experience and the resulting boost in usability on the end-user side.

Any number of eGold holders can participate in staking indirectly by delegating their eGold (thus becoming a Delegator) to existing Staking Providers, usually professional staking-as-a- service providers, that choose to accept delegations. An eGold holder indicates which Staking Provider candidate they trust and puts some eGold at stake to support their delegation. If one or more of the nodes of the Staking Provider chosen are elected as validators in an epoch, they will share with them any economic rewards or punishments, proportional to their delegated stake. Delegating eGold is a way of investing one's eGold as well as contributing to the security of the system. The larger the total amount of eGold staked, the higher the system security, thanks to the increased amount of stake needed by an adversary to get any nodes elected as validators.
The rewards earned by a delegator are assigned as claimable at the start of each epoch for the last epoch, basically every 24 hours. Delegation rewards need to be manually claimed by the delegator at their own choosing. The unclaimed rewards are adding up and they can be claimed at any point in time. This means that there is no compounding of the delegated funds as it has to be done manually by the user. On the other hand, the delegation rewards that are not claimed, in some jurisdictions, are perceived as deferred earnings and are not taxable until they are claimed. Keep in mind that claiming the rewards involves a Delegation (system) Smart Contract transaction and some fees are involved (it might not make sense to claim rewards every 24 hours because of this fee). Also, those rewards that need to be claimed become fully unlocked once they are claimed.

To delegate, an eGold holder needs to send appropriate transaction(s) to the Delegation (system) Smart Contract corresponding to the chosen Staking Provider by accessing his own Elrond web wallet and selecting the corresponding action - Delegate. The minimum amount to delegate is 10 eGold.

Every user who delegated can claim the currently accumulated rewards for his account. A transaction has to be sent to the Delegation (system) Smart Contract with the “claim” action. At processing time, it is calculated how many rewards the account the account should get, by calculating the difference between the last time the claim was called and the current nonce, calculating the total earned rewards by the Staking Provider on that time period. The service fee is taken out and the rest is sent to the user. Only the account that delegated can claim the rewards (same public key). A separate claim transaction needs to be sent to the Delegation (system) Smart Contract of each separate Staking Provider to which a user is delegated.

A Delegator or anyone can view the rewards associated with an address by accessing the web wallet or by querying the reward address in the blockchain explorer.

The separation of nodes from rewards came from the fact that the Delegation (system) Smart Contract cannot ensure the number of nodes which are eligible in a certain epoch. Therefore, it cannot ensure that a given amount of eGold will be earned every day. Moreover, nodes are shuffled in and shuffled out. Thus, the rewards can vary from epoch to epoch. Furthermore, in case the staking- as-a-service provider is malicious or has a set of bad machines or just bad-luck, its rating might get affected or it might be getting jailed, producing even less rewards. It is up-to the community delegating into such a service to decide when to get out, if the Staking Provider is good enough and the terms and conditions are met. The Delegation (system) Smart Contract is the narrow waist on which other conditions might be added by different communities. The Staking Provider owner of such a Delegation (system) Smart Contract can be a DAO that makes their own rules.

At the end of each epoch, when the rewards are distributed, the Delegation (system) Smart Contract of a Staking Provider will get the reward tokens at the reward address for those Staking Provider nodes which are in the contract’s address. In order to keep the rewards separately, the total of accumulated rewards is saved under a special key in the smart contract’s trie. Then these rewards are claimable by those who delegated in the contract. Delegators who claim their rewards will need to pay the transaction fees (gas) themselves for the claim transaction.

The contract can't lose or lock tokens of users.

If a user deposited X, the user should be able to withdraw at least X.

If a user successfully delegated X, the user can un-stake at least X.

The contract should not lock un-staked funds for longer than 10 epochs* after un-stake action.

The Staking Provider can't delete the Delegation (system) Smart Contract if there are nodes still staked.
NOTE: Guarantees are based on the no-slashing condition. Once slashing is introduced, the contract will no longer provide some guarantees.
* Except when not enough nodes would remain active and the un-stake is delayed.
Elrond resources

Subscribe
Ready to make your money work for you? Join the club!
We use cookies on our website to give you the most relevant experience by remembering your preferences and repeat visits. By clicking “Accept”, you consent to the use of ALL the cookies.
Do not sell my personal information.
Cookie settingsACCEPT
Manage consent

This website uses cookies to improve your experience while you navigate through the website. Out of these, the cookies that are categorized as necessary are stored on your browser as they are essential for the working of basic functionalities of the website. We also use third-party cookies that help us analyze and understand how you use this website. These cookies will be stored in your browser only with your consent. You also have the option to opt-out of these cookies. But opting out of some of these cookies may affect your browsing experience.
Necessary Always Enabled
Necessary cookies are absolutely essential for the website to function properly. This category only includes cookies that ensures basic functionalities and security features of the website. These cookies do not store any personal information.
Non-necessary
Any cookies that may not be particularly necessary for the website to function and is used specifically to collect user personal data via analytics, ads, other embedded contents are termed as non-necessary cookies. It is mandatory to procure user consent prior to running these cookies on your website.
SAVE & ACCEPT